Imposter syndrome is a common phenomenon that affects many leaders. While it can manifest itself in many different forms, it often appears in form of self-doubt, fear of meeting your unrealistic expectations, believing that you are successful from luck rather than earned skills and experience, and the constant urge to prove to yourself and others you are not a fraud by trying to overachieve.

Psychologists Pauline Rose Clance and Suzanna Imes came up with the term imposter syndrome back in the 70s to describe the dreadful fear of being an intellectual fraud, experienced by successful women. However, recent research has shown the imposter phenomenon can affect anyone regardless of their gender, age or ethnicity.

How the Imposter Syndrome Appears in Leaders

It has been almost half a century since Clance and Imes published the findings of their research. Since then, further studies show the imposter syndrome is more common than initially thought. In fact, a 2014 study by the Harvard Business Review shows that the phenomenon is the biggest fear among leaders and executives, with 60% admitting it had a negative impact on their leadership style. Let’s look at some of the ways it appears in leaders.

Do you always want everything done perfectly and flawlessly? Are you never satisfied with the quality of work produced by your team and spend a significant amount of time focusing on the flaws and mistakes? If so, then you are a perfectionist who always wants everything to go smoothly, according to the perfect plan.

However, as you have likely discovered, things do not always go according to plan. Perfectionism puts unnecessary pressure on you and your team, leading to anxiety and disappointment whenever you do not meet the high goals and expectations. It can also lead to problems with delegation since you do not believe others will meet your high standards, and deter innovative and creative problem-solving.

You Want To Be the Best

Many people, especially leaders, have a strong desire to be the best among their peers. They want to stand out as high achievers with exceptional skills or accomplishments. However, some may start feeling like imposters when in a large setting of many exceptional people.

Once they discover there are other people who are equally as good as or slightly better than them, they diminish their own achievements and abilities, despite evidence of their success.

Sometimes leaders find themselves burning the midnight oil on regular occasions. While this is common among many high achievers, it could be a sign of imposter syndrome. Successful leaders that suffer from impostorism sometimes avoid taking breaks, work longer hours, or prefer work over social events and relaxing in an effort to maintain their level of success. This can lead to burnout, stress, mental exhaustion, and lack of motivation.

Nobody wants to fail. While some people take failure as an opportunity to learn and innovate, those who experience impostorism might suffer from high anxiety when handling achievement-related projects. They have a hard time dealing with failure or not delivering the best results since they believe failure is shameful and humiliating. Therefore, they procrastinate and then overwork in an attempt to avoid failing.

Even when they succeed, leaders struggling with the imposter syndrome rarely take time to enjoy their success. They feel under more pressure to succeed in the future. They attribute their former or current success to luck or external influences, making it difficult for them to accept genuine praise. Sometimes they feel guilty or undeserving of the success they have achieved.

Examples of Leaders Who Experienced and Overcame the Imposter Syndrome

Shultz, a billionaire and former chairman and Chief Executive Officer (CEO) of the Starbucks Coffee Company is one of the most famous leaders that struggled with and overcame the imposter syndrome. Here is what he says about the phenomenon; “Very few people, whether you’ve been in that job before or not, get into the seat and believe today that they are now qualified to be the CEO. They’re not going to tell you that, but it’s true.”

Einstein is considered by many as one of the greatest physicists the world has ever seen. His contributions to modern Physics has propelled the human race to unimaginable heights, winning him a Nobel Prize in Physics and the title ‘genius’.

However, even with these accolades and recognition, Albert Einstein still felt like a fraud, saying,  “The exaggerated esteem in which my lifework is held makes me very ill at ease. I feel compelled to think of myself as an involuntary swindler”.

Sandberg is a business executive, billionaire, philanthropist, and the Chief Operating Officer (COO) of Meta Platforms (formerly Facebook). She has also worked at Google as a Vice President of Global Online Sales and Operations. She also worked as Chief of Staff for Lawrence Summers, during his tenure as the United States Secretary of the Treasury. In 2012, Sheryl Sandberg became the first woman elected to serve on the board of Facebook.

Despite her impressive resume, Sandberg has been a victim of the imposter syndrome. In her book Lean In: Women, Work, and the Will to Lead she describes her time as a member of the Phi Beta Kappa honor society at Harvard University using these words; “Every time I took a test, I was sure that it had gone badly. And every time I didn’t embarrass myself or even excelled I believed that I had fooled everyone yet again. One day soon, the jig would be up.”

Arianna Huffington is a successful author who has published 15 books including two international bestsellers, a co-founder of The Huffington Post, the founder and CEO of Thrive Global, and serves as a board member at Uber, Onex, and Global Citizen among other successful companies.
While describing her experience with the imposter syndrome, especially as a foreign student at Girton College, Cambridge, she says, “I felt like there I finally was, but the minute I opened my mouth, people would know I didn’t really belong.”

Tom Hanks is a famous, successful actor, filmmaker and the winner of two Academy Awards. During an interview with NPR, he confessed to being a victim of self-doubt, saying,  “No matter what we’ve done, there comes a point where you think, ‘How did I get here? When are they going to discover that I am, in fact, a fraud and take everything away from me?’ “

Whenever you are in doubt of your expertise and abilities, consider the facts rather than relying on your feelings. Reflect on the cognitive distortions that contribute to your impostorism. It probably took you years of work, education, and experience to reach where you are right now. If you take a look back to where you were some years back and compare it to your position right now, you’ll realize you have come a long way and improved immensely.

A good way to reassure yourself of your abilities is to work with the less experienced members of your team or new recruits. In the process, you will realize how much you have to offer and appreciate your accomplishments.

Do not downplay your success. Recognize your wins and take pride in them. One way you can celebrate your success is by rewarding yourself whenever you meet your targets or goals. Get yourself a present such as that gadget you have been eyeing, a vacation to a place you have always wanted to go, or just sharing a meal with those close to you to celebrate a significant milestone.

Doing away with perfectionism requires behavior and attitude change. While this is not an easy thing to achieve, the following steps can help.

Since you might have a perceived fear that others will discover you are a fraud, you are likely to keep your ‘big secret’ to yourself. However, it is estimated that about 70% of people have struggled with imposter syndrome at some point in their life. Talking to someone who understands exactly how you feel can help you realize your impostorism is normal and irrational.

Fellow professionals such as mentors or leadership coaches can help leaders recognize and appreciate their success. James Clear, in his book Atomic Habits, tells his readers that an accountability partner can change everything by helping you break bad habits. They can get you back on track whenever you are stalling because of self-doubt.

Once you recognize the signs of imposter syndrome and learn how to manage the phenomenon, it will have a minimal impact on your leadership style and wellbeing. However, it is important to note that the irrational fear might still creep up on you whenever you are navigating uncharted waters.

Therefore, even when you master how to overcome self-doubt in your current position, you should accept it might affect you again in the future, especially when you face new challenges or when you take up new roles. 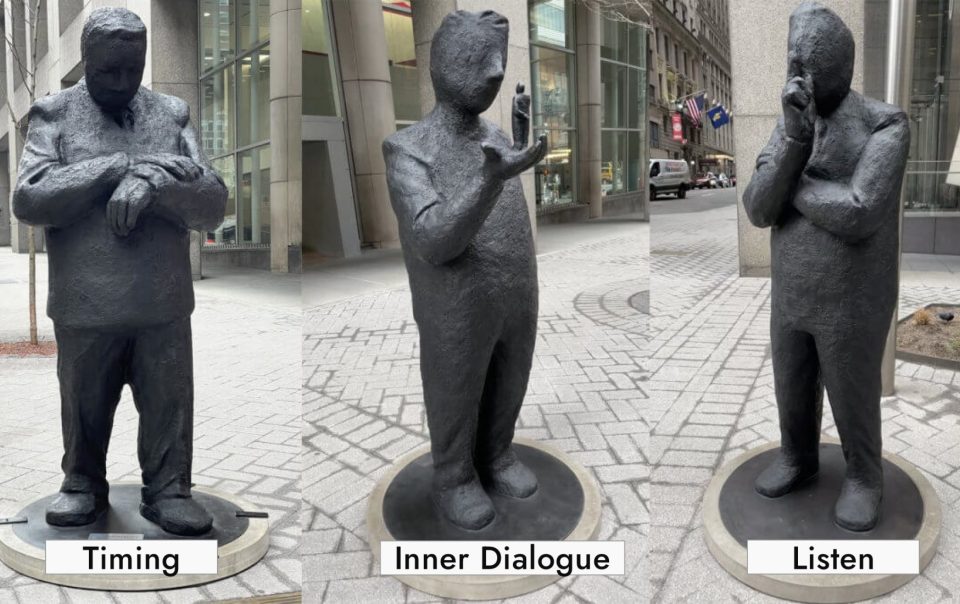 Fast vs. Deliberate Growth: Brian Chesky Gets it 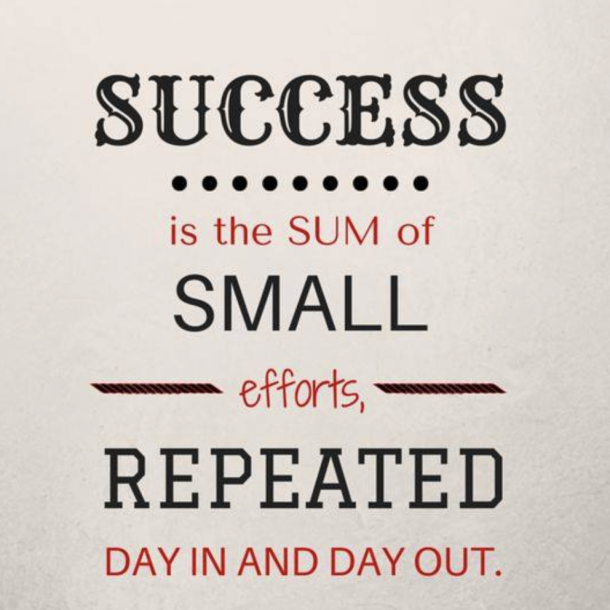 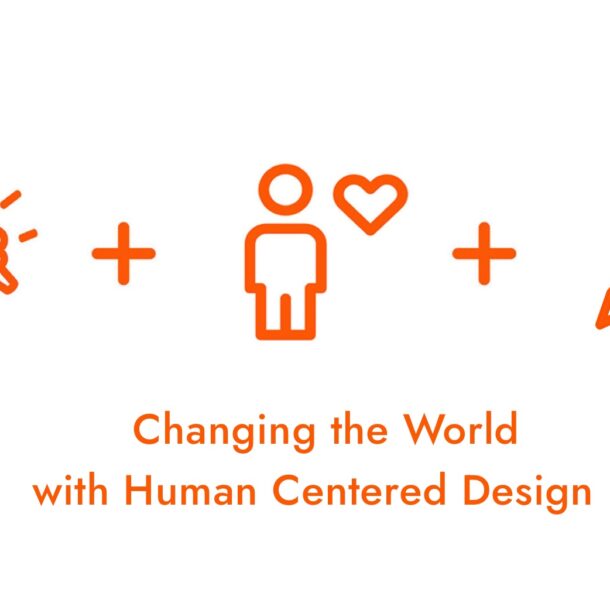 Why Human-Centered Design Should Guide the Design Process
Next Article

Home
About us
Our services
Contact
Blog
Allexe.Law@ArtScienceGroup.com
(978) 592-0918
Wellesley, MA